Oh man, I always dream of coming to this space and just hitting a post right out of the park. And then life happens and I never make it. I really need to make a schedule so that I post regularly. Yeah right. Anyway, I just thought it's been a minute so I'd update you about my life.

Blake and I are crazy. We got another dog. That makes two puppies under the age of two. At first it wasn't bad. Now I want to scream half of the time. His name is Marley. And he's the softest dog I've ever felt. He's also a big ol' cry baby. It's cute. He's a good dog. Even when he's getting on my nerves. I thought he would be my dog, but he took right to Blake. Like they all do. 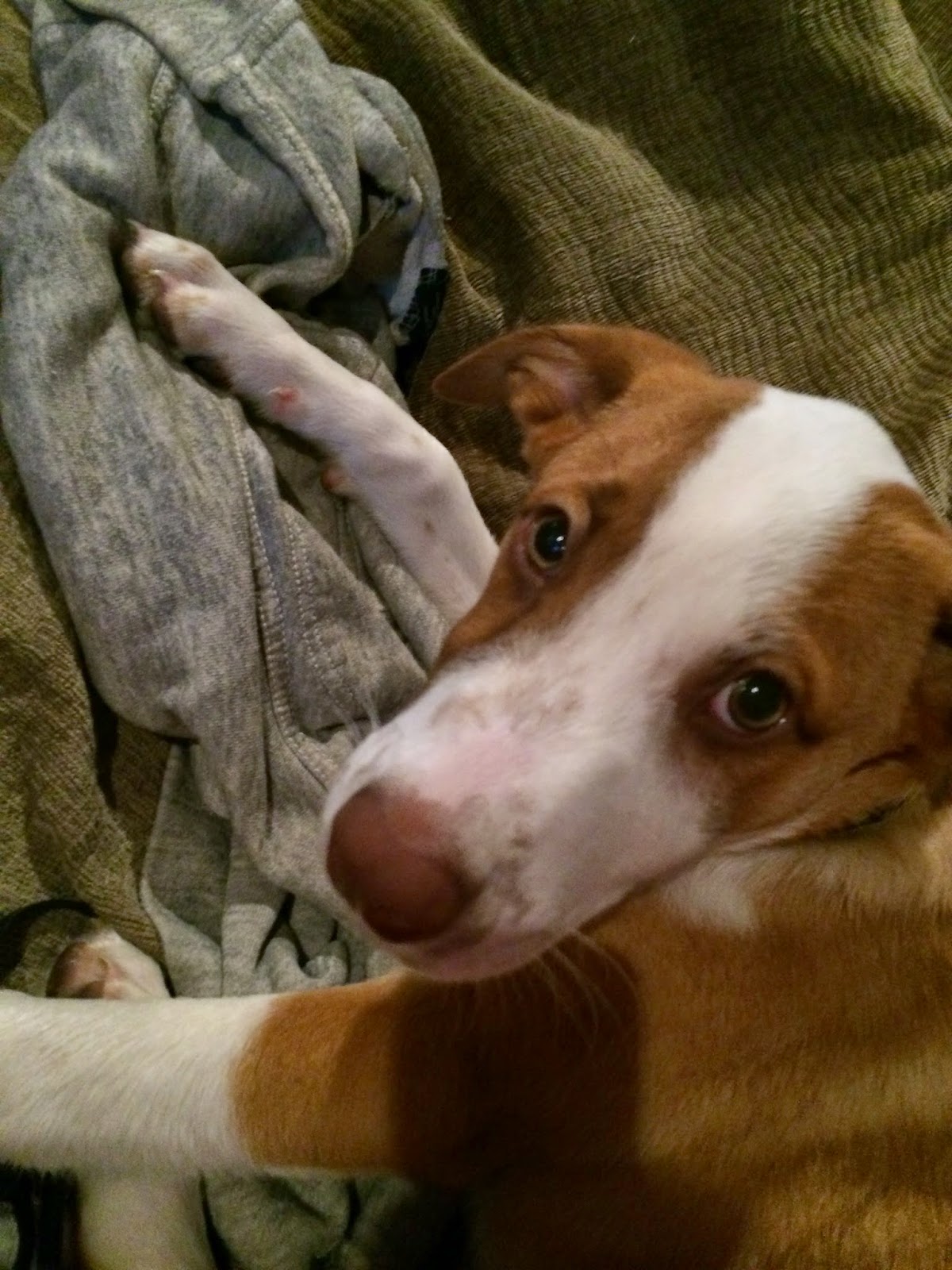 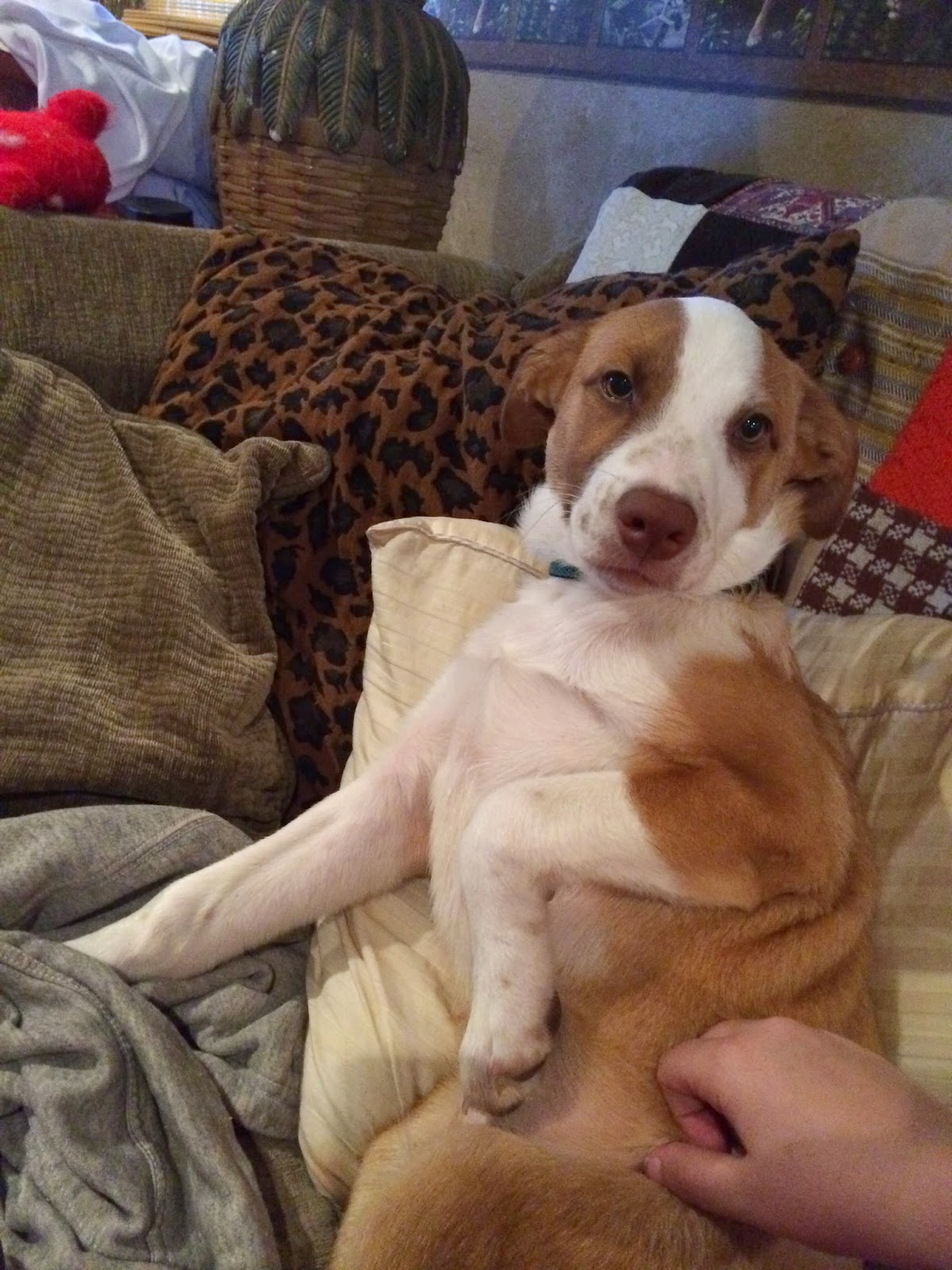 My momma celebrated her birthday this month. I think it was perfect. We spent the day shopping with her momma and her aunt. She got to have not one, but two birthday dinners. It was a great day. 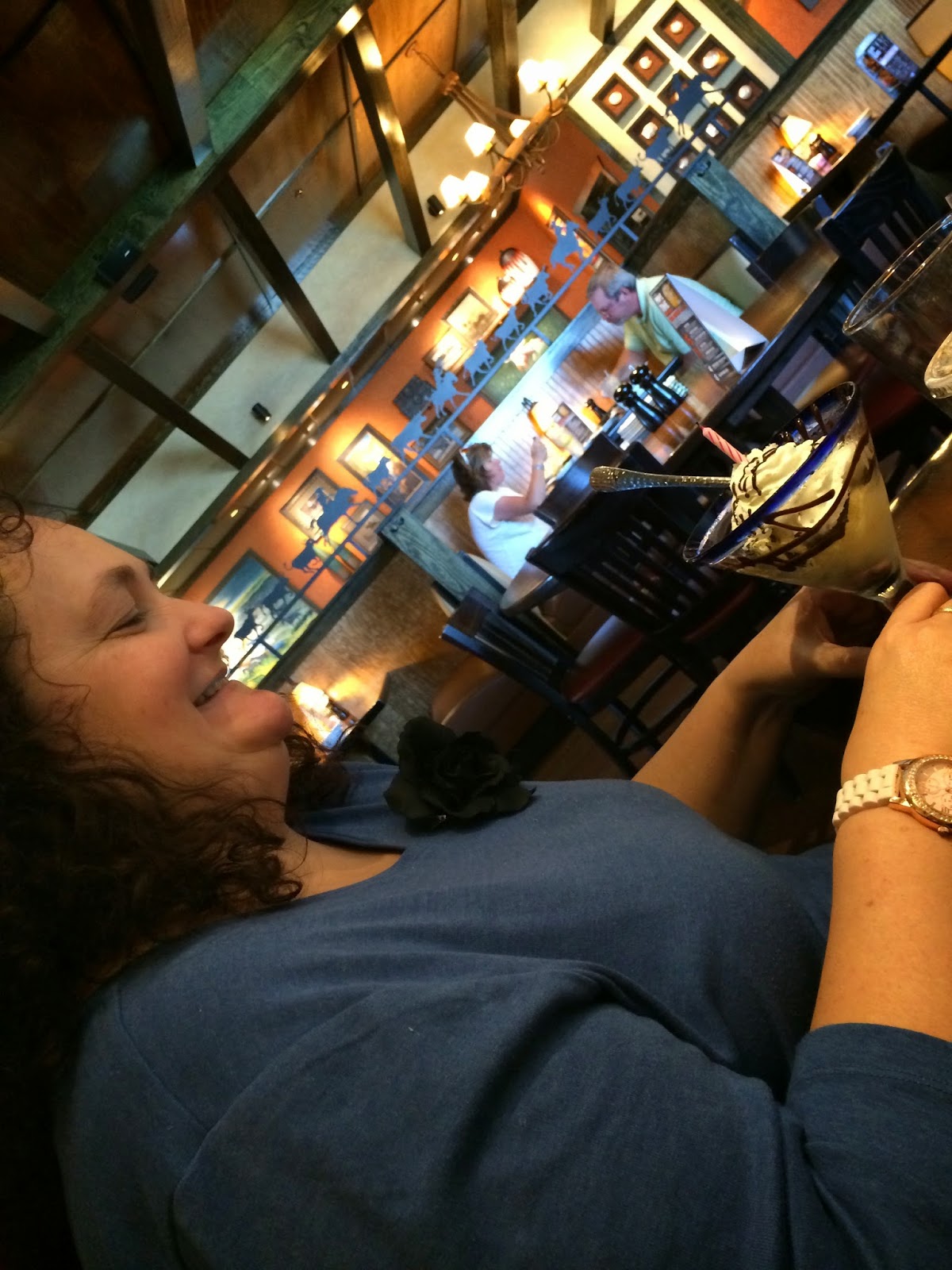 I went to the Missouri State Fair. I didn't go for the fair though. I went to see Jake Owen. And that man, he puts on one hell of a show. I love Luke and Keith with all my heart but I'm sure Jake had more energy during his show than I've seen those two have. He's a great performer and now I love him. I definitely want to see him again someday. But back to the fair, I had the most amazing food I think I've ever had. It was cheese on a stick. Pepperjack cheese with corndog breading. OMG I WANT MORE. I had two, I shouldn't have but damn they were good. I'm going back next year just for more cheese on a stick. 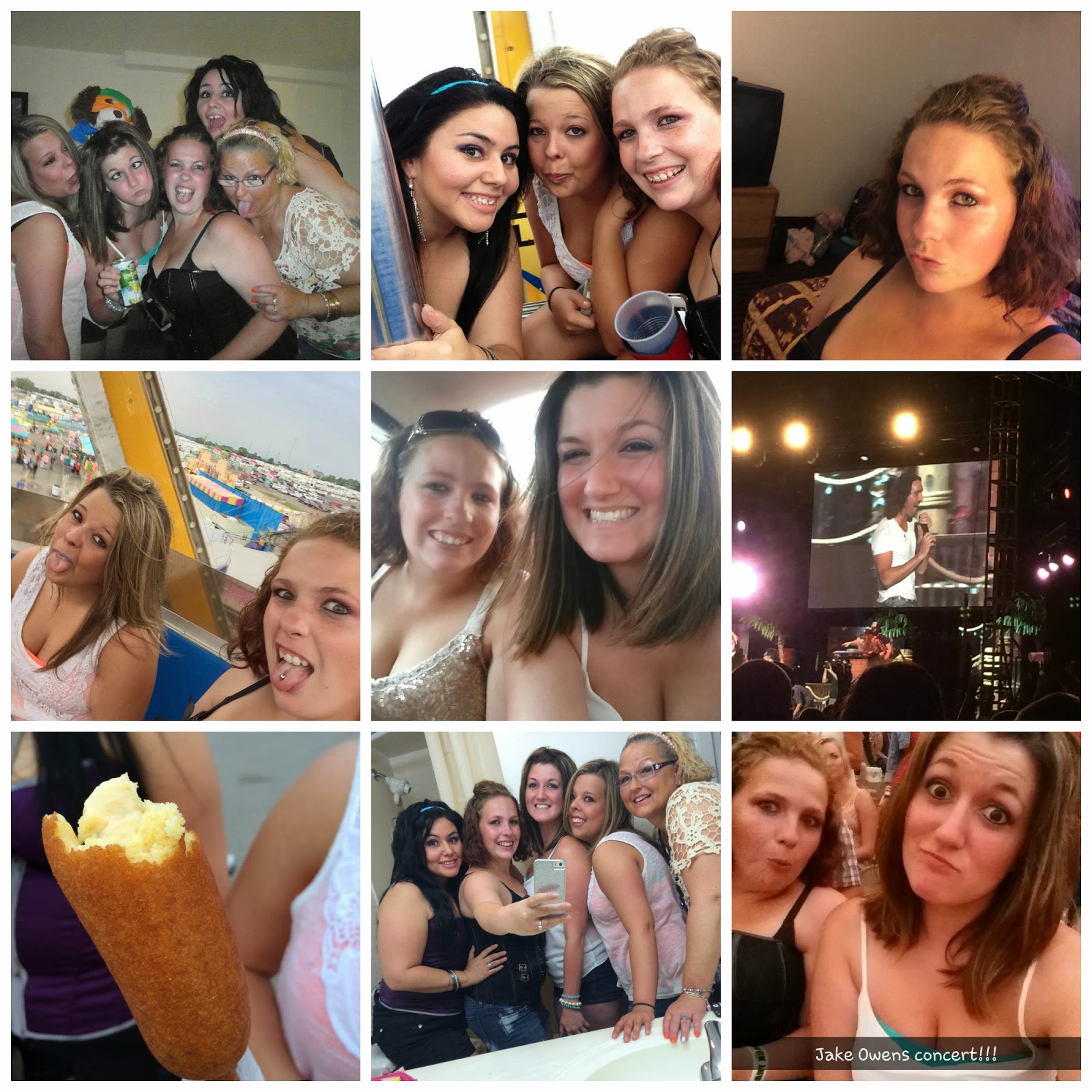 Blake, Teagan, my momma, and I all went to the Oklahoma Aquarium. That was a fun experience. I learned that I want an otter. They are just the cutest things! I was all pumped to see the sea turtles, but their exhibit was still in construction. Jellyfish are really cool looking. I've never been to a beach, so this was my first experience with any type of ocean life. I even held a starfish! 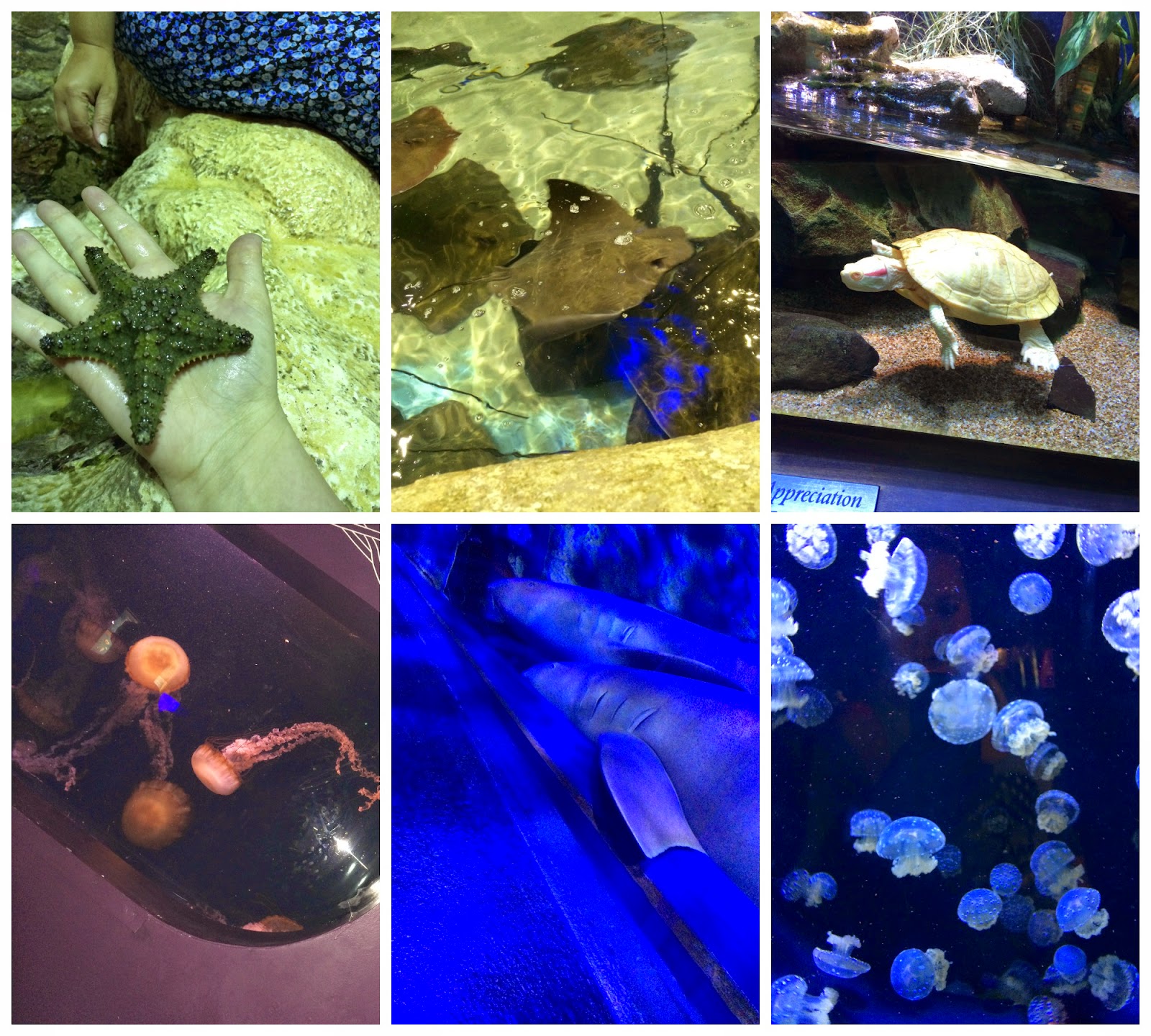 Just one more month until I can start wedding planning! I know, I could have started after we were engaged but Blake asked me to wait until October that way he knew it was a year away and it will be time to get serious. I need to go pick out a wedding planner/binder. I have bought a few things though! When I find good deals, I just have to get them.

I think that's all that's been up over here. Besides the typical things like work and what not. Hopefully I can make it back tomorrow. No promises though.
5 comments: Labels: concert, country music, family, life lately
Email ThisBlogThis!Share to TwitterShare to FacebookShare to Pinterest

It's Been a While

Since I've linked up with Kathy for some confessions. I can easily bang out a post on Monday and Tuesday but come Wednesday I'm done. Not this week though!

- I hate Sprint. I can't believe I let Blake talk me in to leaving AT&T. It won't happen again. Seriously, my service sucks, they are waaaay expensive, and Blake and I have both had a phone we bought from them just quit working. I know that isn't really their fault, but it just seems fishy to me. I won't be renewing my contract with them when my contract ends. Unfortunately I believe that's a little less than two years away.

- My back has been really sore for the past few days. I went to Urgent Care today  because I couldn't wait to see my doctor on Friday because owww. I apparently have muscle spasms. I mean, what is that? What is going on exactly? I got some drugs. I took one pain pill and everything was fuzzy. I'll stick to the booze. I just want to feel better though.

- I'm gonna get personal for a minute. I feel like a cow. I haven't gained any weight but I just feel terrible. My body is so not where I want it to be. I don't want to have six pack abs or an ass like Kim K's, I just want to feel comfortable in my own skin. Blake bought us an elliptical two weeks ago and I've only used it once. I need the motivation but can't find it. I eat out way way too much. It's embarrassing. But sometimes, my job doesn't have the right schedule to eat healthy home cooked food. I need help. Blahhhh.

- This is so embarrassing....I downloaded the Kim Kardashian Hollywood app. I'm so disappointed in myself. I can't even explain why I did it and now I can't stop playing. Can I get an intervention?

- Thanks to Amanda I decided I had to have the Sephora Summer Stash. When I saw that they had the Stila Eye Shadow Foil in there I knew I had to have. That and the Urban Decay Setting Spray. It was worth every dime. And I bought a deluxe sample size of Better Than Sex that came with an eyeliner because I wanted free shipping. I'm starting to have a makeup problem. I don't even wear makeup that much. But I need all the makeup please. Plus the bag it came in is super sparkly. Love it. Watch for a review - don't get too excited for one. Who knows if it will happen. 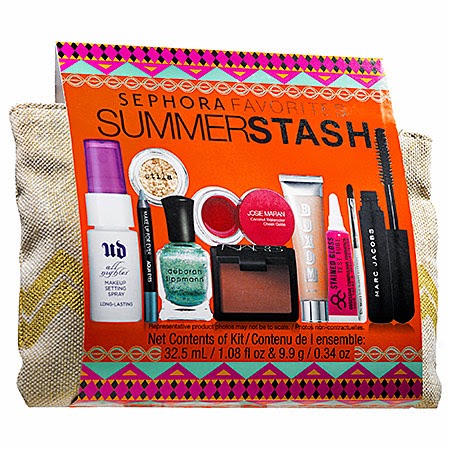 Do you have a makeup hoarding problem? Tell me what I need!
6 comments: Labels: confession, link up
Email ThisBlogThis!Share to TwitterShare to FacebookShare to Pinterest

I love mail. I'm more than excited to get anything with my name on it. Even bills. I just love getting mail.

And then there are packages, if bills make me happy, than imagine how happy I get when I get packages!

When I saw that Lauren at Pink on the Cheek hosts a swap called The Happy Mail Project I got excited. And then I saw this month's theme....

I knew that I had to join.

Hello notebooks, pretty pens, and all the other fun stuff that comes along with going back to school.

It's not just limited to back to school items though. Some other ideas are a book or fall related items!

Go sign up real quick. You know you want some happy mail in your mailbox! You have until the 7th.