I'm back! I had to go on hiatus last week. My mind is becoming "what am I going to write tomorrow and the next day and the next...etc." and I don't want to be like that. So Happy Monday to ya! I know, most of you hate Mondays but I don't. It's like my Saturday. Except that this morning the little bitch reared her head later than when I expected her to and she froze my car door shut AGAIN. Thus making Mini late to school and this blog post later than what I wanted. But it's back to being a good day.


Saturday was Teagan's birthday party. (I don't use her name on here very often but I should) I mean I picked it because I liked it so I should use it. Well, that's a lie. Her dad picked it because I was so happy she was a girl I said you can name her whatever you want. Thank god her name isn't something like Chaniqua Chandelier. Crazy pregnancy hormones make you do things like tell the child's dad that he can pick a name. Anyway....This week she turns the big old 5! I had her birthday party this Saturday and it was great! She got a lot of stuff (like always, she's a bit spoiled) and had a great birthday. It was an ice cream party! I got stuff to make sundaes and floats. Nobody made a float and now I have extra soda which we don't drink at home. I'll let the pictures do the talking. 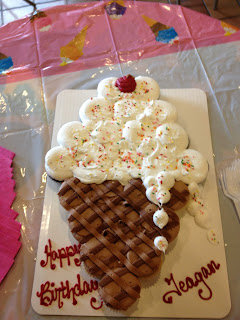 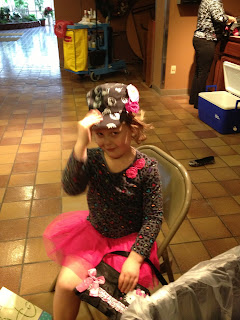 This was an accident but it's cute as hell. 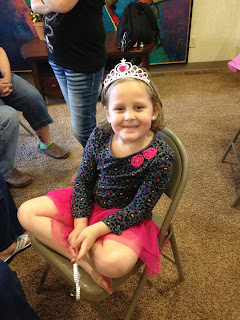 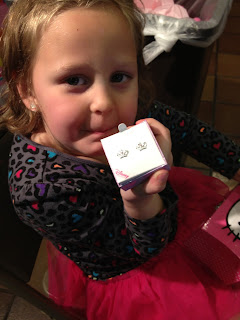 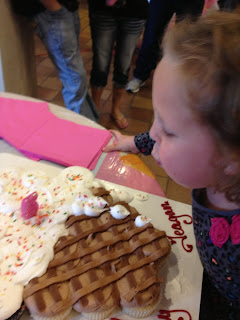 Blowing out her candles. Like her short hairs up front? She did that when I went to see Luke.

After her party we went to her birthday dinner at Applebee's. Where I proceeded to accidentally get drunk on Long Islands. But I only had two! I'm a cheap date. After that we came home and played with all of her new toys. Then it was adult time. The plan was to keep drinking. But I had lost my buzz and boyfriend's parents were home and we don't drink around them. Long story for another day. So we decided to watch The Walking Dead! SPOILER ALERT...don't keep reading if you haven't started the third season....

I've been waiting for Lori to die. I can't stand her. She is a terrible wife and mom. Oh, let me ignore my kid, Oh, let me sleep with my husband's best friend (in her defense, she thought he was dead, but still!) I just didn't like her. So I was excited for this to happen. But then it happened...and I sobbed uncontrollably. It broke my heart. I won't say how she died in case you kept reading this and haven't seen it yet. But it was so sad! Ugh. I stayed up until 5 am watching it which was a bad decision because it was the same night as the time change. I got to watch us all lose an hour. Groan.

And that led us to Sunday...I was pretty disgruntled all day. I even wrote a post for you guys. But I didn't publish it. It was long the lines of "eff this, every thing gets on my nerves, eff eff eff." Fun huh. It's funny to read now. I went to work and found out that I got a 20 cent raise! I got a 4 out of 5 on my 6 month review which is pretty awesome! I'm super excited.

Hopefully I can write more this week. We'll see. Have a great day loves!

OH MY GOD WHY DID I READ THE SPOILER WHEN YOU CLEARLY SAID IT WAS A SPOILER. Damn my shifty needy eyes. I'm STILL in the 2nd season... so wow. I wish we could go out and be cheap dates together. Looks like your mini had a great party! :)

She is so cute!! That cupcake cake is to die for!