First of all, thank you to all you lovelies who commented on yesterday's post. I really didn't want to post it but after I did I felt a little bit better. Sometimes you just have to put it out there. I've always said I'd be honest and real about my life. And lately I was writing a whole bunch of fluff to avoid writing about what was really going on in my life. I just couldn't do it anymore. And while my problems are still there, I feel better.

Anywhoodles, I'm going to confess some more shit. But it might be a little easier to read for you.

- Blake broke the remote to the tv/dvr on Friday night. We went all weekend long without a remote but believe me, we went out and bought one on Monday. We have Dish Network and I knew that they sold those remotes. FOR 30 FREAKING DOLLARS. So we got a cheap one. And I hate it. So I'm saving up to buy a remote like our old one. Is that pathetic?

- I never listened to 30 Seconds to Mars unless they were on the radio, however Jared Leto is so fucking sexy. Serioulsy he has the best hair, he loves his momma, and did I mention he has the best hair? Oh and he makes a pretty girl. I need to watch Dallas Buyer's Club now. And he celebrates an Oscar win with what other than Subway! 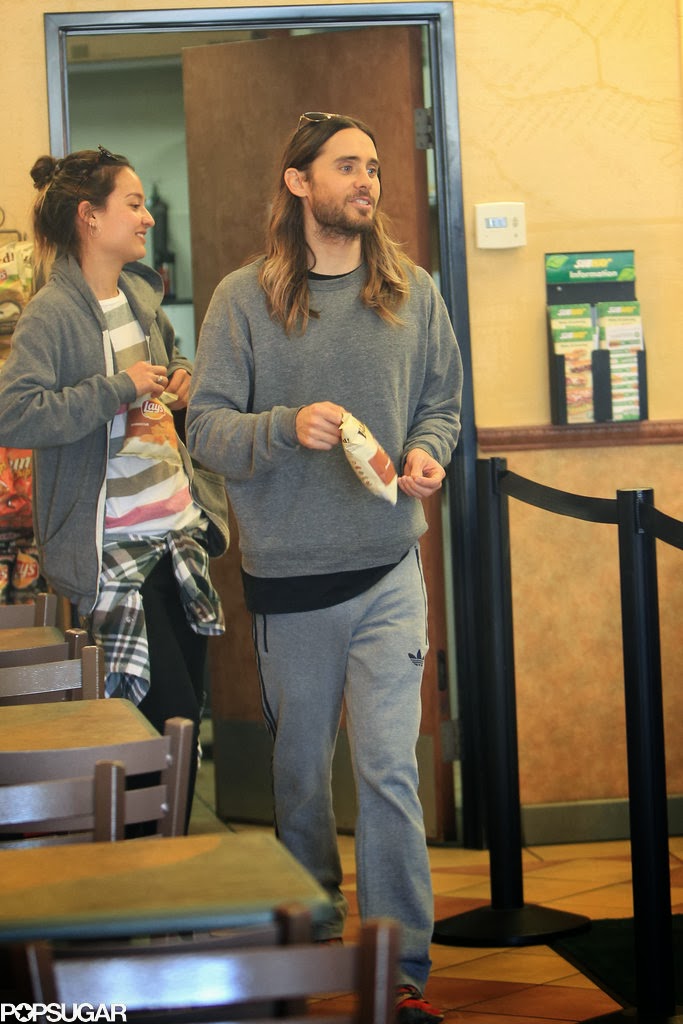 - I've started to watch a new show. OK, two of them. both are HBO shows. Because when you don't have a remote, you have to stand up at the dvr box and push all the buttons so it's easier to turn on the x-box and watch some HBO Go. Six Feet Under is weird but hilarious. And True Detective. I'm not so sure about that one.

- Teagan's birthday party is Saturday and I'm kind of excited but kind of not. I mean she's gonna be 6 next week. Eeeep. Six! And really, who wants to spend 2 hours with 15 other 6 year olds that aren't yours?? Not I said the cat.

That's it today. Not really deep seated confessions but I think I went pretty deep yesterday. See ya tomorrow.
Labels: confession, link up
Email ThisBlogThis!Share to TwitterShare to FacebookShare to Pinterest

what i want to know is: when does true detective get good. because i'm almost done the 2nd episode and i'm BORED. i want to be blown away like everyone else too but so far? not doing it for me.

I keep hearing about True Detective but haven't watched it either. That is a lot of 6 year olds. Have some asprin handy!

Eeeeeeeeek depending on my mood, I'm either super awkward or super awesome around young kids. Sometimes they give me anxiety! I loved your post yesterday and I am still thinking of you :) Thanks for keeping it real homie

I agree with Kathy - I'm on the 2nd episode of True Detective and I am a little bored! I am hoping it picks up!

I dated a guy a few years ago that literally looked like how twin. *sigh*